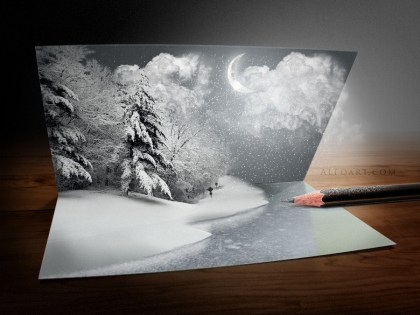 In four short minutes, Christmas 2010 will be over.  It’s been a wonderful Christmas.  I am humbled and grateful and appreciative of all my wonderful family and friends.  Thank you.

Many thanks to Alexandra Fomicheva, who was kind enough to grant me permission to share her amazing art with you.  Please to enjoy.

I hope your holidays were filled with love, laughter, and lots of good food.  Merry Christmas. 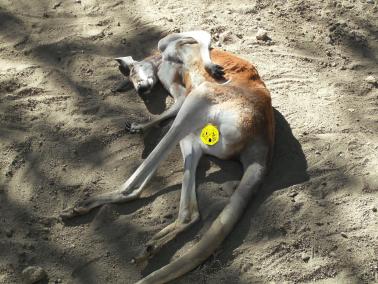 As everyone turns to look, I slink along the back wall of the classroom and ooze into my seat. It's like I've been here all along, instead of MIA for the past several weeks doing top secret and interesting things...

So a belated CONGRATULATIONS!!!! to all of the NaNoWriMo winners this year.  Each and every one of you who passed the 50,000-word mark by the stroke of midnight on November 30th, are made of nothing short of awesome.  YAY!!!!

I am actually participating in the two-month version of NaNoWriMo¹…though it may very well be the three-month version².  You never can tell with stories.

The first two years I “attempted” NaNoWriMo, I went in with the idea I was going to do it organically and just be the vessel from which the story would poureth from my soulz.  Yeah.  So I didn’t get very far on either of those attempts.

The third year — 2009 — I packed some serious heat.  My story was organized, and I had an outline.  It was like a cake walk.  It really was.  I remember feeling almost confused at crossing the finish line on schedule, before the sun set, without any deadline monkey riding my shoulders and snatching out tufts of hair.  It occurred to me that this is how awesome people live.  (I want to be awesome too.)

This year I’m afraid I let my guard down.  I was still all puffed up from having waltzed through last November, and I thought I could pull it off this time with little more than a neat story concept.  I don’t know.  Maybe I could have written it from such a tenuous starting point if I forced myself — and I hope one day I can become that writer — but I seem to have a process that my brain needs to go through in order to develop a story.

What I ended up with by the end of November was approximately 60 pages (20-some-thousand words) of character and story development.  Mostly character development though.  Even though this particular story is high-action involving characters speeding through the night in icy conditions (without a bra on!), and spans a very short period of time, I didn’t feel like I could begin this protagonist’s story without knowing what the hell her passion was.

I need to know this about all of my characters before I begin writing their stories.  If I don’t know their passion, what makes them tick, how can I ever write about how things affect them?  I need to know how they’ll change, what person they’ll become by the end of the story.

My point?  Get yourself prepared.  Wake up next November 1, knowing your story and your players.  Whatever work or preparation you need to do to get yourself to that point, do it ahead of time.  You need all 30 days of NaNoWriMo for making words.

It happens.  You start late.  You miss a day.  You miss several days.  Don’t sweat it.  Just focus on the day’s words.  1,700 words.  Easy.  But if those words seem only like a single weak transition in an endless chain of unrelated plot devices designed to lead you nowhere, then focus on the first 50 of those 1,700 words.  It sounds simple, maybe a little lame, but it is undeniable that each word created in a story generates its own momentum for the next word…and the next word.  It’s hard to write only 50 words.  It really is.  Try it.  Like, right now.  Seriously.

Anyway, I’m gonna go write 50 words and let you marinate in the knowledge rendered from my foolish mistakes — you’re welcome — and give you a chance to stare at the kangaroo a little moment longer while you try to work out what that yellow thing is.