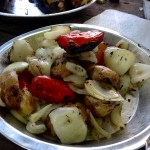 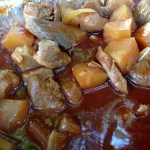 Sweet and Sour Porkticulars! (by Vickie) 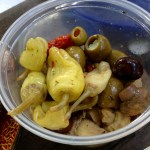 Cheese Stuffed Olives and Pickles, oh my! (by Jeff) 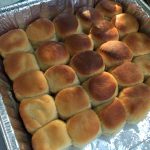 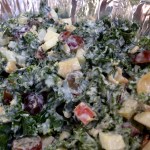 Kale and Grape Delight! (by Vickie) 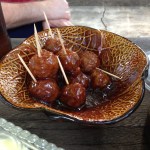 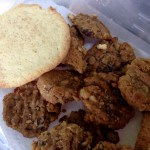 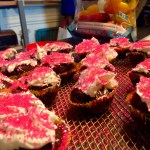 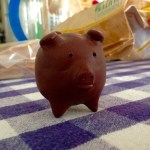 The Official Three-Legged Pig Trophy of the Iron Chef Yo’ Mama!

*le sigh* Another BBQ, another day of overeating bliss. I’d have this say this particular challenge was the most…well, challenging in terms of finding a recipe. My entry of a 30-year-old crab dip recipe (not shown) was disqualified on the basis it was 20 years too young…and probably because there was no crab in it. (I had chicken, so I used it.) My other dish was just meatballs cuz I felt like it. 😉

But the more serious and less lazy competitors in this Iron Chef Yo’Mama Challenge were up to the task. We had two entries from my mum-in-law Vickie. Ninja Jim spent the prior afternoon baking cookies with Ninja Dawn and Ninja Ned using a sugar cookie recipe that Ninja Ned had copied down many moons ago from the chalkboard when he was just 8 years old in a one-room elementary ninja school.

And Aunty Em…well, Aunty Em always brings it. And this time she brung it with pictures. These were tasty little biscuits, just right for sopping up sauce. (She also made some incredible hamburgers, but they got snapped up before I could snap ’em.) 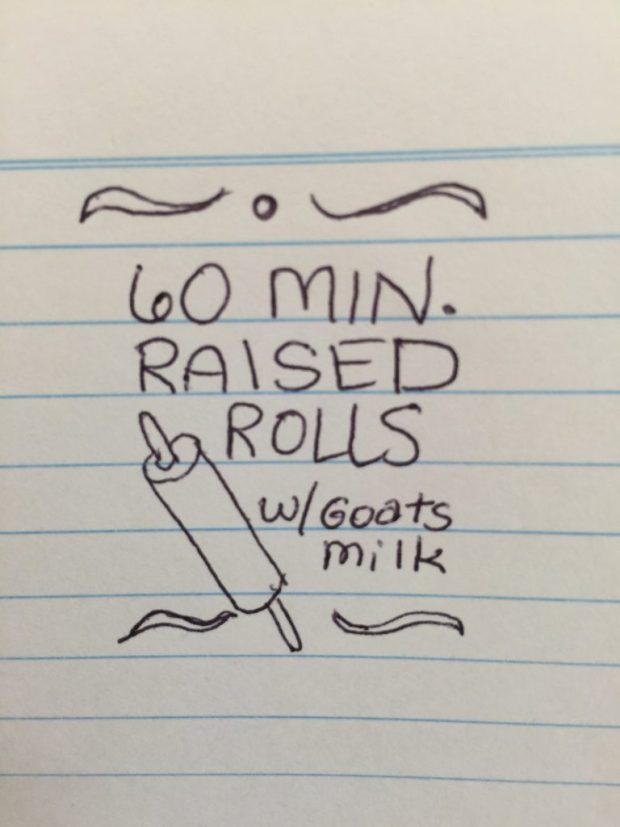 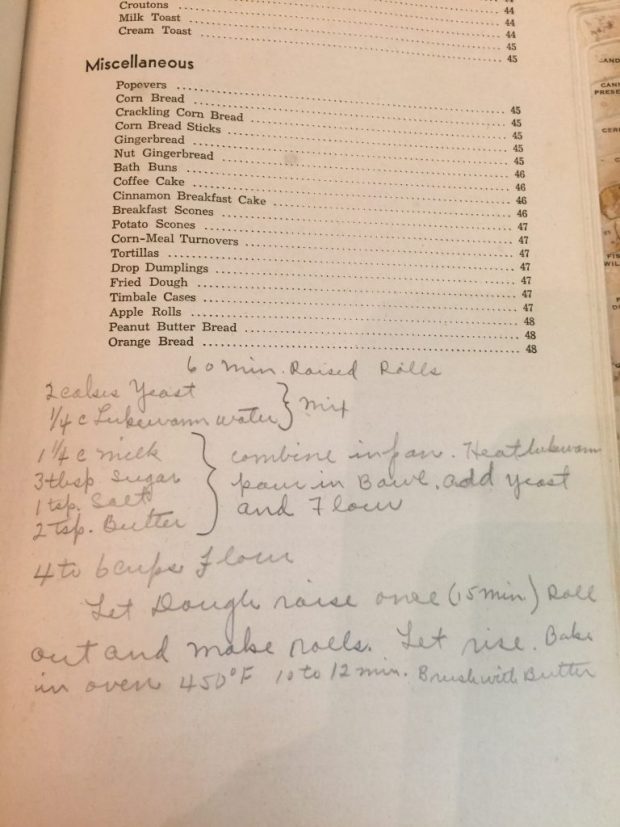 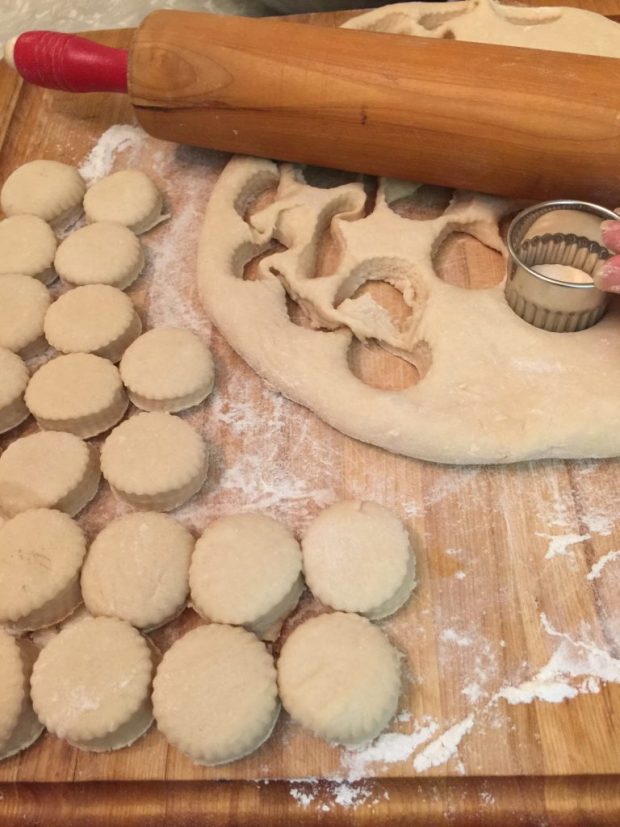 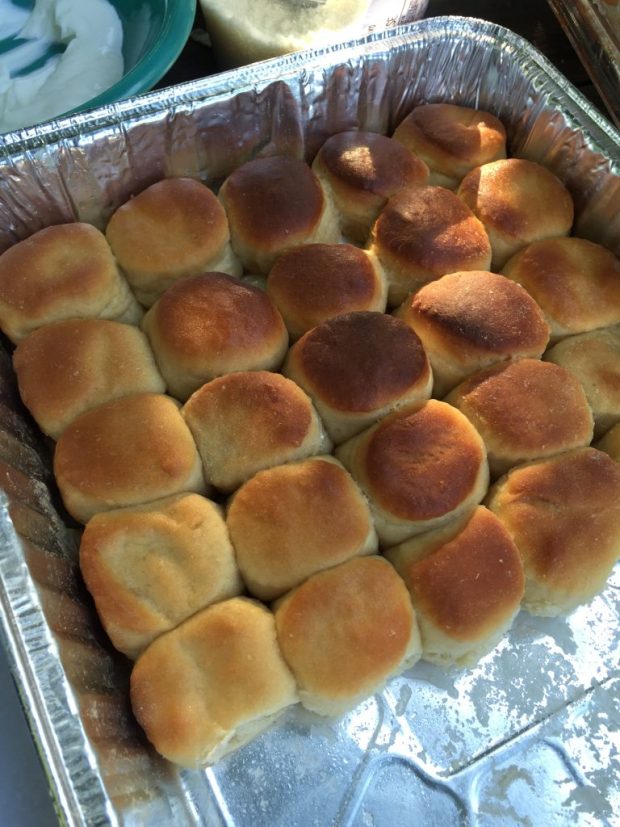 How was your weekend? Hope it was full of good eats and great people. 🙂