It was decided amongst friends and family that there should be a great coming together to deep-fry lots of things in boiling oil to celebrate our nation’s independence. And so that’s what we did.

The above featured photo is of Danny’s tempura-battered smoked-salmon-and-cream-cheese-stuffed peppers…the man lives for his art and is the one who first conceived of said excellent idea.

The peppers were smack-taculous! Crunchy on the outside, tender and smoky on the inside….E-GAD! 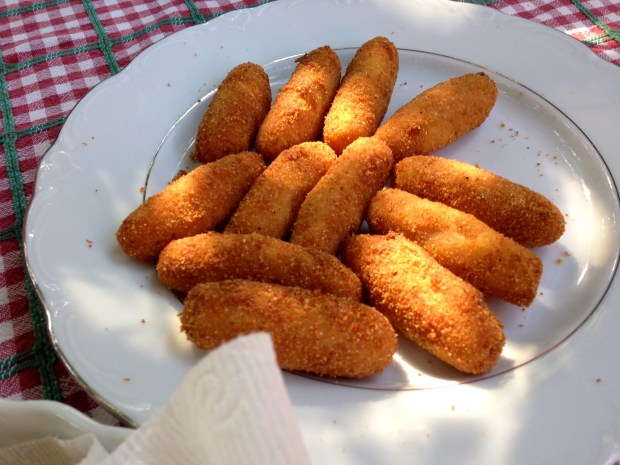 Danny’s beautiful wife Tatiana, whose passion for food rivals, if not surpasses his (I’m so going to get a text from him on this one!), made these delicious ham croquettes. So soft and savory on the inside, a perfect crunch on the outside!

The next items to emerge from the Fry Daddy were from my mom. I am ashamed to say I have no pictures of them. I just wasn’t fast enough before her crunchy-bottomed dumplings, crackling hot wontons, and mini-in-size-not-flavor egg rolls disappeared into the aether. It’s like they never existed. A dream you can’t quite remember…but can still taste a little. *sniff* I had to tackle a five-year-old to get the last one. Straight out of National Geographic. It was an ugly scene. 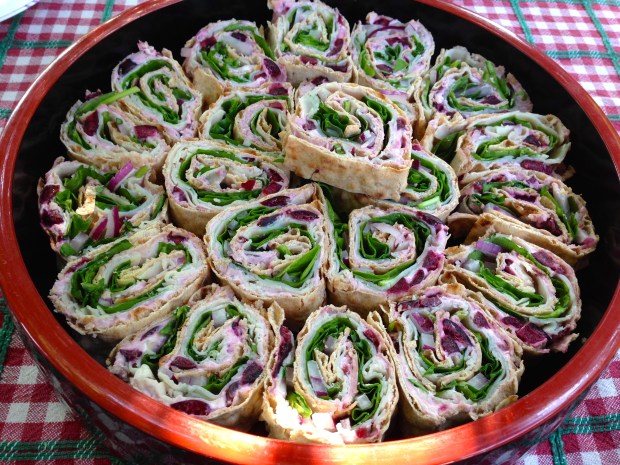 I had a package of lavash I didn’t know what to do with, so I put together these impromptu turkey cherry roll-ups. Super easy! Chopped up about a cup of fresh cherries (hand-pitted, yes…only the best for my best), mixed it in with a package of cream cheese, which I then smeared onto the bread, layered sliced deli turkey, baby spinach, and a little red onion. Rolled that up like a…struggling for a metaphor here ;)…sliced them up, and voila! Easy and yummy! 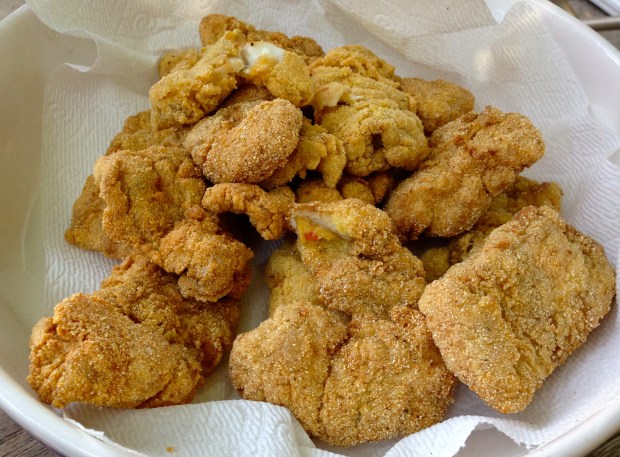 Deep-Fried Catfish by my mother-in-law Vickie

Next out of the bubbling oceans of canola emerged catfish, made by my mother-in-law Vickie, who has a gift in the kitchen. You’ll never have a bad meal at her table. (These bad boys are going to take a swim with Amanda Panda’s curry sauce on top of a steaming cloud of rice after I post this!) 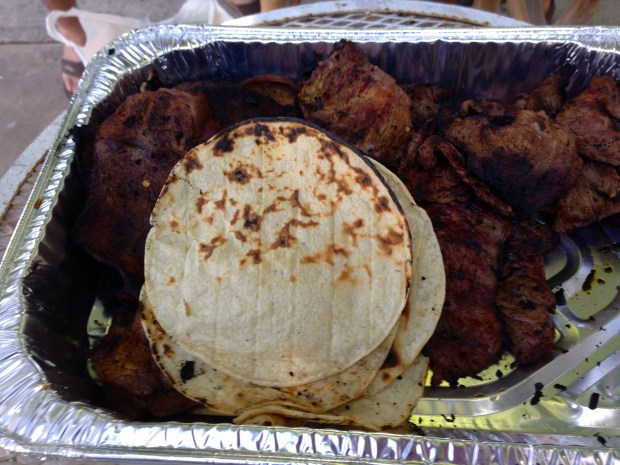 My sister-in-law Em is responsible for the carne asada delight you see here. There’s nothing more American than carne asada. If you’re from Southern California, then you know that I speak truthness. This is Em’s average-day-in-the-park-with-her-hands-tied-behind-her-back performance…so you have an idea of what the woman’s capable of. (This is why you surround yourself with people who can cook!) 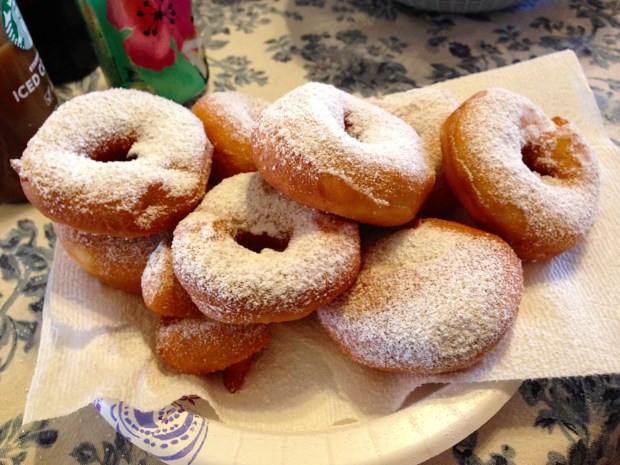 My first attempt at yeast donuts — directed by Alton Brown, fried by my mom!

I had never made yeast donuts before, so I turned to my favorite food source: the Irrepressible Mr. Alton Brown. He has never steered me wrong in a recipe, and for that reason, he is my hero. (Plus, his videos delight me to no end.) It was easy, came out fluffy and light, and made a frightening pile of donuts that disappeared before the night’s end despite the cries for mercy as more food kept marching down the picnic table. 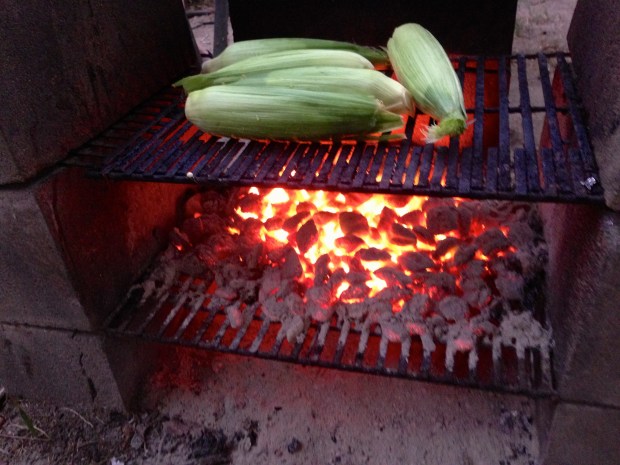 Fresh grilled corn was the cherry on the top. Sweet and smoky. No comparison!

Honestly, these pictures only scratch the surface. I’m an unreliable historian when it comes to these events because I’m busy cooking, laughing, poking fun…and eating. Yes, that’s right. I was too busy eating to keep up with pictures. I’m sorry! I’m weak! Weak!

But I can assure you it was all yummy. A wonderful day with wonderful people. If Fat Cat had been there, it would have been absolutely perfect. 🙂