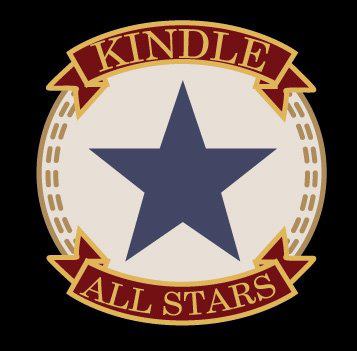 “Few projects slung my way, these days of electronic idiocy and bad writing, can perk me up and get the fireworks. This is one of the best, sweetest ideas I’ve heard in years. Nothing but the smiles of Success are due the project, the people putting it together, and the good kids who will benefit from every penny garnered. I am 100% and a bag of marmosets behind it!”

I am very honored to announce that my short story, “The Shroudmaker,” will be included in the Kindle All Stars: Resistance Front anthology, with all proceeds to go to the National Center for Missing and Exploited Children.

Project Editor Bernard J. Schaffer, author of Whitechapel: The Final Stand of Sherlock Holmes and Women and Other Monsters writes:

In 1967, mercurial author Harlan Ellison created a book that brought speculative fiction into the forefront of modern culture.  Dangerous Visions and its sequel, Again, Dangerous Visions were a collection of short-stories written by as many breath-takingly talented authors that the not-too-shabby-himself Ellison could enlist.  The series went on to win multiple awards, launch the careers of numerous talented authors and solidify SF as a legitimate form of literature.It was a good idea then, and it’s a good idea now.

I am currently assembling a collection of short-stories from the best writers I can find who are either currently using Kindle to display their work, or are considering giving it a shot.  In my opinion, we are the punk rock of literature.  The resistance front.  The same type of hungry writers that Ellison found in ’67.

On August 17th, 2011, I wrote Mr. Ellison to inform him of this project, and he graciously permitted me to use the above quote for the project.

On top of receiving the blessings and awesome endorsement from Mr. Ellison, the project will include a story from the venerable Alan Dean Foster, as well as Keri Knutson, Laurie-Ellen Blackthorne, M.R. Mathias, Simon John Cox, Bernard J. Schaffer, Miles Cressman, Matt Posner, and Angela McConnell. (Dat’s me!)

The project is still OPEN TO SUBMISSIONS…but only until SEPTEMBER 15. So you’ve got four days left to add your name to the list above. 🙂

If you don’t have a story ready, but you’d like to support the project, you can visit the Kindle All Stars Merchandise Store where you can find T-shirts and coffee mugs sporting the cool logo done up by Tony Lee Healey.

Finally, if you are interested in receiving updates on the project, you can like us on Facebook, or visit the websites of our awesome promotional team Frank Zubek or Laurie Laliberte.

The book is slated to be released around Thanksgiving, so I will, of course, keep you posted as that grows closer. 🙂

Anyway, thanks for reading, and have a Happy Monday!!!

3 thoughts on “EXCITING NEWS! WITH A BAG OF MARMOSETS AND EVERYTHING!”