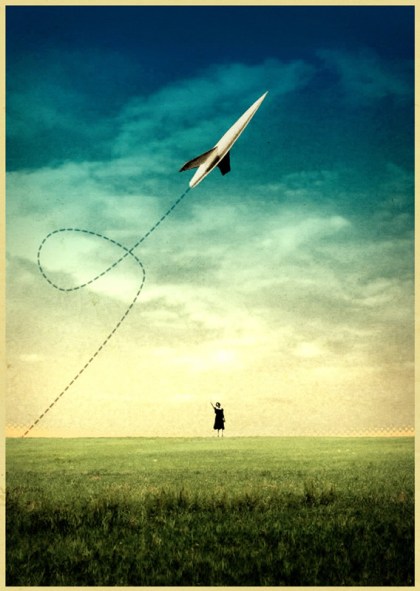 "It's a Rocket" by bashoo - deviantART.com

How long does it take you to write a short story or a chapter or a scene or even a page?  Do you even know?

If you’re serious about making it as a professional writer, you need to make it your business to know.

How long does it take me to write?  I don’t know, but I’m doing my damnedest to find out.  I’m tired of being in a perpetual state of late on all my deadlines, rushing panicked through first drafts, while my stack of finished stories gains altitude on my desk waiting for revisions.

My last completed short story took me three weeks to write.  Sounds work-intensive, huh?  Not when you look at time actually spent.  I invested maybe two to three hours developing the idea and writing the first section, approximately 2,500 words.  The next two sections — approximately 2,000 words each — I spent an hour each writing.  Incidentally, both of those hours occurred right before my writers’ workshop meeting.*

Just using this one short story as a general idea, my top speed seems to be 2,000 words an hour, assuming I’m right up against a deadline.  So a story that I thought originally took three weeks to write really only took five hours tops.  Quite a difference, huh?  Makes me seem frighteningly fast too, huh?  Wa-pow!

That’s funny.  Because if I have five open hours of uninterrupted writing goodness**, I can fluff out a 1,000-word scene to take up that entire time.  Of course, I’m browsing/”researching”/checking stuff online; I’m making food; I’m answering texts; I’m doing laundry, et cetera.

I have a theory.  I think the more time you have to spend on a project, the longer it will take you to complete it.  Just like your expenses grow to meet your rising income, so will your writing speed slow to fill up your extra time.

So what’s a writer to do?  Well, first, start paying attention to how much actual time you spend writing a piece, whether it’s a short story, article, or poem.  It should only take you a project or two to get a good handle on your general rate of speed.

Once you know whether you’re a Sunday driver or Evel Knievel of the Autobahn — and there’s nothing wrong with being a Sunday driver — then you can figure out how best to optimize your time.

And consider circumstances surrounding each project.  Are you only writing when deadlines come a’callin’?  If so, maybe you need to pile on more deadlines.  I’m serious.  Do you write faster in the wee hours before the household wakes up or the wee hours after everyone goes to bed, or are you able to command full speed in the middle of a loud coffee house?

Is this topic making you nervous?  Am I scaring you? Are you a careful and deliberate writer who squeezes out fiction seemingly one constipated word at a time and has better things to worry about than measuring themselves against some Type A Genetic Freak who channels Muse magic at 80 words per minute with one hand tied behind their back?

Don’t fret.  Being able to write fast isn’t the most critical element to becoming a Professional Writer, but completing projects is.  And no matter what anyone says, that is the goal.  As far as I know, nobody’s ever built their castle on a foundation of half-finished stories and a bunch of good ideas.

There’s plenty of experts out there who say it takes 10,000 hours of deliberate practice to develop mastery at your art, whatever that may be.  I buy that.  And the way I see it, I’ve got a lot of wasted youth to make up for.  So even though I may be at the bottom end of 10,000 hours, I’m running.  Man, am I running.

So, if you’ve made it this far through this post — which incidentally has taken me two days, at least three hours to write (and is killing my average) — then thank you.  It’s difficult not to write these things in the second person.  I realize I come off sounding like I’m teaching, but I hope it’s clear that most of the teaching and preaching is aimed at myself.  I am a Beginner.  This is just me learning and sharing, trying to get my 10,000 hours in.

So thank you again.  It’s good to know I’ve got a few good people with me as I prepare for launch. :)***

*Note:  These time estimates concern only the first draft and do not include any revisions or rewrites.

**Note:  These types of writing sessions are so rare as to be pure myth, bald-faced rumor, if you ask me.

***Likewise, anyone who needs any sort of encouragement, kick in the ass, a go-get-’em pep talk, and the like, just ask.  I will talk you into the sky where you belong.  Anyone who’s ballsy enough to be a writer deserves to fly high.

One thought on “HOW FAST CAN YOU GO?”