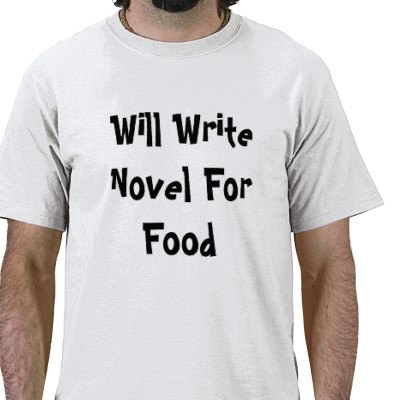 ~ How Much Do Traditionally Published Authors Make? ~

In the 1989 release, “Beyond the Bestseller: A Literary Agent Takes You Inside the Book Business,” literary agent Richard Curtis writes in the chapter entitled, “P&L”:

“Others among us may realize that publishing is a tough, unpredictable, and treacherous business, and perhaps the people who play for such high stakes deserve a handsome profit for the risks they take and the capital they invest (though it must be said in all fairness that 15 or 20 percent is not exactly a windfall profit). I don’t know the answer. But I can safely say that the profit-and-loss worksheets of most authors I know are a lot more depressing than anything I’ve seen from publishers.”

Fast-forward 20 years later, and you’ll find that things haven’t changed much on this front. On the popular collaborative blog Genreality, New York Times Bestselling Author Lynn Viehl shares in detail the stats of “Twilight Fall,” the sixth book in her popular Darkyn series, to show just how much a bestselling author makes these days:

“After expenses and everyone else was paid, I netted about $26K of my $50K advance for this book, which is believe it or not very good — most authors are lucky if they can make 10% profit on any book. This should also shut up everyone who says all bestselling authors make millions — most of us don’t.”

Ms. Viehl posted a follow-up seven months later when she received her next royalty statement:

“My income per book always reminds me of how tough it is to make a living at this gig, especially for writers who only produce one book per year. If I did the same, and my one book performed as well as TF, and my family of four were solely dependent on my income, my net would be only around $2500.00 over the income level considered to be the U.S. poverty threshhold (based on 2008 figures.) Yep, we’d almost qualify for foodstamps.”

Fortunately for Ms. Viehl (and her loyal fans!), she is not a one-book-a-year author. Having written 47 novels in 6 genres (since 1998), I think it’s safe to say she is one of the most prolific professional writers working today. With each new release, she reinforces her existing audience and attracts new readers…which makes me wonder if her numbers would be as high as they are if she had only produced half the work (which would still leave her firmly in the “Incredibly Prolific Writer” category). Just goes to show how much hard work goes into making a living on the back of this beast we call Publishing…or is it the other way around? (The publisher’s portions of sales was over $450,000, and Viehl guestimates they netted about $250,000.)

Still not convinced I’m not just being a party pooper? Science fiction writer Tobias Buckell has surveyed and collected novel advance data from 108 science fiction and fantasy authors. Survey says! “The median advance for a first novel is $5,000.”

I remember the look on my husband’s face when I told him this. It wasn’t one of optimism. It was more a look of impending doom. I think he was boggled that I knew this and still persisted in pursuing this writing scheme. Fair enough. But what else could I do but keep barking up the only tree in the park?

But everything changed back in late 2007, when Amazon introduced the Kindle and Kindle Direct Publishing. (Thank you, Mr. Bezos!) In just a few short years, e-reader ownership has exploded through the roof and into the stratosphere, and the publishing industry as we know it has been turned on its head. Indie writers have been mining gold, and the Interwebz are buzzing almost daily over Cinderella stories. People just love to see people get rich. I’m no different.

And what’s just fantastically, awesomely great about the indie writer community (actually, the whole writing community at large) is how willing everyone is to help each other out, including sharing sales and income stats.

Since going the self-publishing route, J.A. Konrath, bestselling author of the Jacqueline “Jack” Daniels mystery series, and the man behind the hugely popular blog, A Newbie’s Guide to Publishing, has graduated to an upper echelon of tax bracket to make all envy.

In his enlightening blog post, “Time Investment,” Konrath reported an income of $2,295 from Kindle sales alone in January 2010. Twelve months later, his income for January 2011 (just that month) was about $42,000 (including sales from Createspace, Smashwords, and Barnes & Noble). This equates to a 2,000% increase in his income in just one year. He says it took him four and a half years to earn $42,000 from “Rusty Nail,” published by Hyperion.

Michael R. Hicks, author of the science fiction series, “In Her Name,” writes in the introduction of his indie publishing guide, “The Path to Self-Publishing Success”:

“For July, as I’m writing this…well, for July I’m looking at making at least $30,000, with my last six-week royalty report showing $44,000. Over a thousand bucks a day. And that’s just from the Kindle store, not including anything else.”

According to a Washington Post article on the “e-book gold rush,” romance author Nyree Belleville, who writes under the pseudonyms Bella Andre and Lucy Kevin, never earned more than $21,000 for any of her 12 books published by her traditional publisher. Indeed, Belleview had been dropped by her publisher in late 2010. So she started self-publishing her novels. How is she doing? Belleview’s first quarter earnings for 2011, a little more than a year after she started self-publishing? $116,264. Not too shabbeh.

The killer quote in the article was by Belleville herself: “Isn’t this awesome?!“

Heck yeah! I don’t even know Ms. Belleville, but I’m happy for her. I love to see people succeed wildly, and I hope her success continues to grow.

~So You Want to Be a Billionaire?~

Yeah, me too, so freaking bad. But is everybody going to have these kinds of results? No. Of course not. (Dammit!) According to Mark Coker, founder of Smashwords, an ebook publishing and distribution platform, Smashwords has less than 50 authors making more than $50,000 a year, and a lot more more who don’t sell a single title (Source: Washington Post).

So what’s the real dealio? Is self-publishing gonna make me rich or what?

There’s no guarantees in life — (dammit again!) — but the way I see it, you can’t lose by trying. The start-up costs are minimal…chump change compared to other businesses I’ve been involved in. If you somehow gum things up — you know, start flame wars on reader forums, don’t bother properly editing and formatting your ebook, or have covers that epitomize pure ugliness — or simply can’t get your “brand” to catch on, you can always start over under another name. (Of course, if you’re arguing with readers over reviews and TPing their forums, then maybe you’d be better off pursuing forestry.)

In the meantime, there’s nothing holding you back from pursuing traditional publishing at the same time. Though I didn’t exactly paint a picture of rosy contentment for writers traditionally published, I am not shut of traditional publishing. They’ve still got resources, connections, and distribution outlets self-publishers can still only dream about. Right now, the only way to get your book into a big box store is through a traditional publisher. It may not be the only game in town anymore, but it’s still a viable option. Lots of indie writers vet their manuscripts on the traditional side to see if they can get a worthwhile deal before they release it themselves.

Many writers who still dream of the big book deal worry about the taint of self-publishing ruining their chances at any traditional deal. Well, fuggetaboudit! This is the new slush pile, baby, and writers are being summoned to the lofty heights of Fifth Avenue daily. Think of self-publishing as a chance to shine, a sexy portfolio of your best work (that happens to earn royalties). Surf the tsunami of crap and show them what you’ve got!

In conclusion, I’m going to state the obvious. And though it’s needless to say, I’m gonna say it anyway, in big honking letters:

So go, write, spin your special brand of gold. Your readers are waiting.

7 thoughts on “LOSING MY RELIGION, PART 3: CAN YOU REALLY AFFORD TO TAKE A VOW OF POVERTY?”