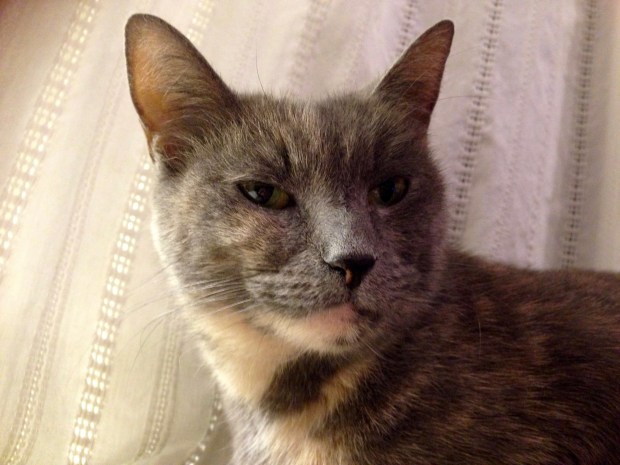 This is Kat…my cat. She is just the right amount of naughty.

How the heck are you guys? I hope wonderful.

I’m doing pretty good myself. Life is good, am I right?

So the time has come for me to return to Earth. I have been on many adventures since last we talked story. I have traveled from the Great North to the Tasty South; lost 10 pounds and found it again — twice! (in the Tasty South, natch); earned a dozen new wisdom hairs; and have been adopted by a cat named Kat.

Mostly, though, I’ve been hermitting — hiding out in my smelly old writer’s cave writing and illustrating stories. And today — yes, that’s right, you gorgeous reader you! — today is the day I get to tell you what I’ve been working on!

So for those of you who don’t know, this past year and a half, I have been writing the show notes for the awesome Rocking Self-Publishing Podcast hosted by the equally awesome and golden-voiced Simon Whistler.

What makes Simon and the Rocking Self-Publishing Podcast…well, so rocking is that he conducts in-depth long-form interviews with some of the most creative and successful indie authors working in the space today. Simon really takes the time to delve into their background, drill down into their strategies and techniques, and explore their journey from zero to hero. You’d be hard-pressed to find an indie author, aspiring or otherwise, who hasn’t found inspiration from one of Simon’s interviews.

He’s also been gracious enough to invite me as a guest on the show, a newbie writer! Three times now actually. Isn’t that wild? It’s not what you think though. It’s not because I’m a hero-status author, but the other thing. I’m practically brand-new! A little baby indie author. How cute!

Simon thought it might be something fun, different, and hopefully instructive (Here’s what not to do, little baby indies!) to follow along on my own indie author journey to full-time writer. Hopefully, he’s right and his listeners find our chats to be all those things…because doing these interviews has been all those things for me and more. 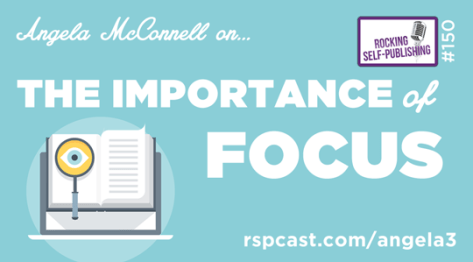 It’s kind of crazy how it all happened. He had joked with a guest on the show about needing a podcast assistant, so I emailed him offering to assist, and we’ve been working together since.

It’s been a world-class education for me. I have listened to and written the show notes for almost 70 episodes now, and it’s been eye-opening and incredibly inspiring. Truly, I have worked at and studied harder at this show-notes gig than I ever did in college. I want this writing dream bad.

It’s been more than just a working relationship though. I count Simon as a good friend. Thanks to his kind encouragement, smart advice, and scheduled-in-orange kicks in the pants (yipe!), I am now ready to launch my first series.

Last summer I wrote The Cat Lady, a stand-alone short story — or so I thought — about a woman living alone in the desert and taking care of — well, she calls them kitties, but they are definitely not kitties. I just wanted to write a fun story that takes place in the desert. I love the desert and I love glowing eyes in the windows at night, so that’s what it was.

Well, Simon read it, liked it very much, and asked when the next one would be out.

What’s that now?  I hemmed and hawed.

What happens to Chris, the guy who gets his leg ripped off?

What I discovered is that The Cat Lady was not, in fact, a stand-alone story at all…but Episode 2 in a six-part episodic alien invasion suspense series called The Calico Junction Incident.

So great! I’m thinking. I’ve got the story all figured out — and it’s a doozy! I’ve got three episodes finished, and I’m jamming pretty fast through the rest of it. At this point, I’m thinking I should start getting together a plan to put these stories out.

Then Simon reminded me it had been six months since we last chatted on the podcast and would it be a good time to catch up?

Well, yes, of course, that would be just lovely, I told him.

But the truth was, I dreaded getting on the show and having to admit I had been bobbing along for the last six months with barely a plan and with only a bunch of half-finished rough drafts and excuses to show for it.

So when Simon asked during our interview what I was up to these days, I told him — and his very smart, very creative, and very large audience of listeners — that I would be launching my series free to my blog readers…starting next week!

[You can listen to the madness here, if you enjoy such things. Although, if you’ve read this far, that’s probably a silly question.]

So every week for the next six weeks, starting this coming Monday, I will be releasing a new episode of The Calico Junction Incident, my six-part episodic alien invasion suspense series that covers the fall-out when a UFO is shot down over the Mojave Desert by special ops soldiers and crash-lands in some lady’s backyard.

Each episode will run 8k-15k words, feature pen-and-ink illustrations by me  :D, and be available as a free download to readers on my mailing list. Any feedback, corrections, suggestions, criticisms, baked goods, or high-fives by Readers will be gratefully acknowledged in the final published ebook that will go live at the end of each week on all the major e-tailers…and of course, contributing Readers will get a copy of that too! 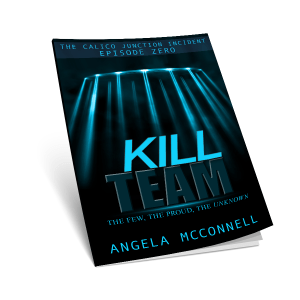 So please be sure to come back next week to check out the pen-and-ink illustrations I’m doing for the book, and to let me know what you think about the story or the project, or even swing by just to say hi. I like getting hi’s. 😉

Thanks for reading, guys. I hope you all enjoy the series.

To get your free copy of Kill Team, just enter your email down below, and I’ll send you a link where you can download it in .mobi/Kindle, ePUB, or PDF format. 😀