First of all…a thousand apologies for being lost in space…twice in just a few weeks.  Not to bore you all with details, but besides all the Neighborhood Watch drama, the Toddler developed a massive case of snot.  (I have witnesses if my veracity is called into question.)  That, plus her being genetically programmed not to sleep, has made these last few weeks difficult.  And yes, I shamelessly blame the Toddler.  But I do love her…yes, I do!  Yes, I do!

But enough of that.  I’m ready to get down to business.  Got lots and lots of stuff to tell you guys…not least of which my chupacabra sighting.  Also have a published author interview coming your way.  And if the stars align, my office may be presentable enough for tomorrow’s Workspace Wednesday feature.

And before I forget, let me address the Dinosaur Party.  I must tell you, I was approached by a miserable bunch of stuffed reptiles on April 1st, extremely disappointed that there was no party to be had.  Just so you know, I take responsibility for this month’s word count not being up to par.  And I did tell the Head Chieftan of the Household Dinosaurs.  Of course, he, being a wise and old dinosaur, understands the pressures of everyday life, and expressed understanding.  And he, also being an avid fan of circus performances, was extremely excited by my suggestion that we not call it a failure, but perhaps a two-month word count goal.  So with the wave of my magic wand, March Madness becomes March and April Madness.  So, if you would, support my desire to play with dry ice and lots of props and send in your word counts!  100k all the way!

What else is going on?  Oh, I’m in the midst of a top secret project, one that I’ll be talking about in days to come.  I’m also making progress with certain things that must be done for Ye Olde Platform, so hopefully, by tomorrow sometime, you will find this blog up at my very own domain www.angelamcconnell.com.

Dang, it’s so nice outside!  Look! 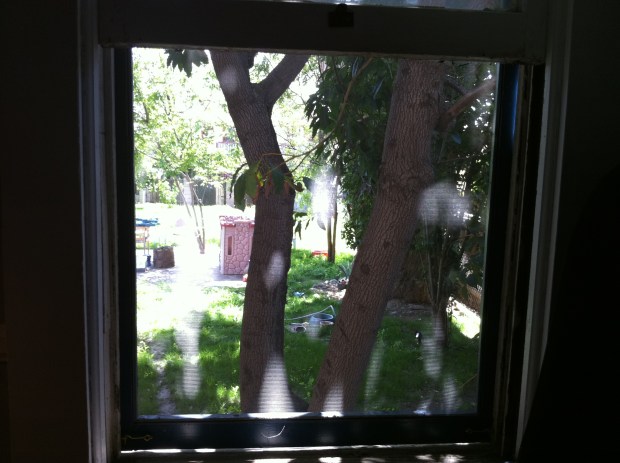 View from my office window.

But you know what?  Mom has the baby today, and I am at home…alone…a very rare circumstance…during the day…in front of my computer.  I couldn’t be more ecstatic to be holed up in my office looking at this: 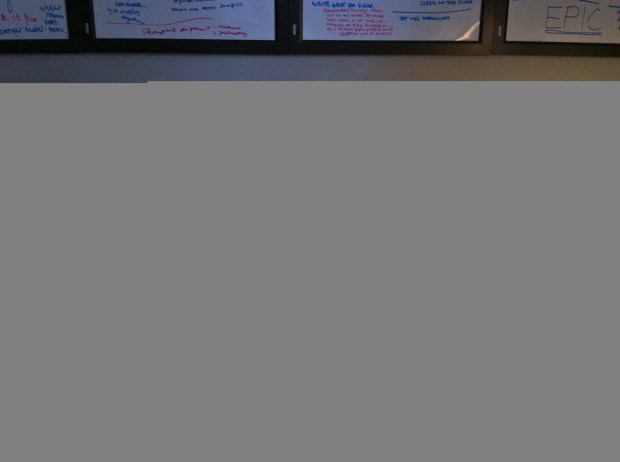 To be honest, I actually converted to Mac a month ago and just haven’t had a chance to discuss it.  But after a month of owning it, I can honestly say it was worth every penny.  I love it.  I love this computer.  Yes, I want to marry it.  That’s how much I love it.

So finally, I’ve got Scrivener, which is just a dream software for me.  It’s described on their website as “a powerful content-generation tool for writers that allows you to concentrate on composing and structuring long and difficult documents.”  No kidding.  I’ve got three or four different projects I’m working on in it, and it’s been absolutely terrific.  It seems especially useful for series stories.

And I managed to learn iMovie fairly easily and turned out a little vidlit story that I’m proud of…and had such fun putting together.  I can’t believe the learning curve on Mac software.  I’m constantly floored by how damn easy things are on this operating system.

And don’t get me started on the magical trackpad….

I’ll try to blog a little more about various softwares and conversion issues as I get into them.  Sometime this week, I need to see about installing Windows XP on it so that I can run my court reporting software…

…which reminds me…I better get to working if I want to pay for this thing.

Hope you all are doing great!