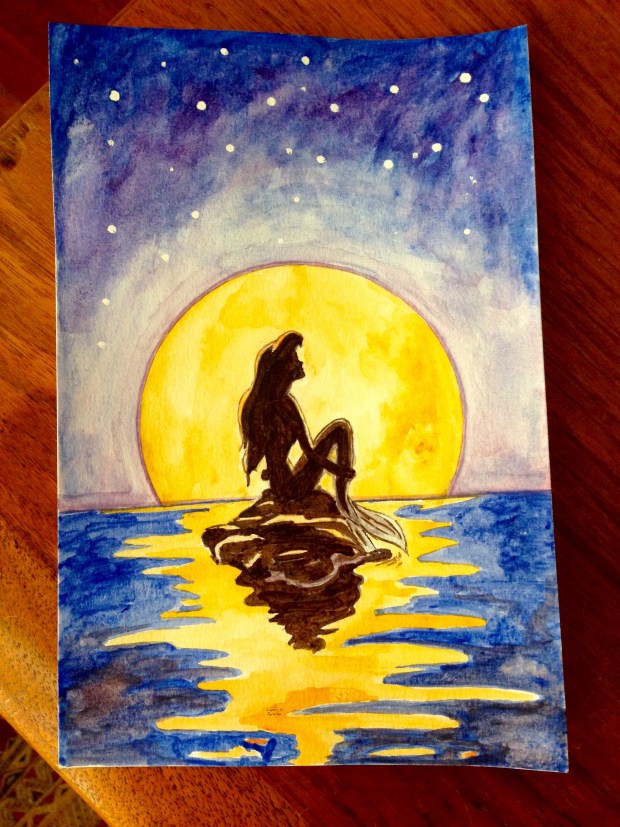 You might be wondering what’s the point of all this art-making this month. It’s a busy holiday month as it is, but then to throw in a NaNoWriMo commitment…and on top of that, a daily art-making effort that has, frankly, already failed in its daily-ness…what does that have to do with writing and storytelling?

As it turns out, just about everything.

There’s really not much difference between writing and illustrating or any other creative endeavor. At its core, this very human thing that we all participate in, whether we’re conscious of it or not, is the making and sharing of things.

I want to be conscious of it. I want to make art-making a habit. I want to get good at finishing and letting things go. I have always drawn and doodled, but I am a writer first and foremost. It’s difficult to put the things I make out into the world as a writer. I’ve been admittedly slow to ship. I’m working to change this. I’ve got a lot of finished stories sitting on my shelf waiting their turn to see the sun, and they are growing impatient.

But you see…there’s so much work still to be done: the edits, the corrections, the second and third and fourth edits, those corrections, then beta readers, then editor/proofreader…I want to make my stories perfect for my readers. Plus, there’s all the fear: what if people don’t get it, what if someone finds a groan-worthy mistake and cites it in their one-star review, and when am I ever going to have a typical work week that’s absent of minimum days, doctor’s appointments, errands, birthday celebrations, holidays, and minor emergencies so that I can get this stuff done?

(Wow. Look at that big paragraph of Resistance. I gotta get good at shipping. I don’t like living in that paragraph.)

So I’m brand-new to watercolors, which is great. It means my sense of perfectionism hasn’t kicked in yet. I’m just making pictures and sharing them…and it’s been really fun.

I’m not overthinking the illustrations, and they don’t take me very long to make. And I don’t go back to “fix” them. My little pieces stand as is. It’s Heinlein’s Rules, only with pencil and paint. I want to make art-making a habit. Make stuff, then share it, ship it, sell it, whatever. Just get finished with it so I’m free to make something new.

I’ve made a bad habit of hiding behind my office door, creating in private — a very safe and sometimes necessary way to create — but then there comes a time when I have to open the door. This is my effort to do that.

So while my illustration of Ariel above has a lot of problems — the water looks terrible, let’s face it; there’s a smudged fingerprint in the golden part of the water; the reflection of the rock looks like a primitive paint-by-number, etc. — it actually represents to me a lot of little successes.

I’m happy with the way the texture of the moon came out and the purple edging around it. And although it looks rough, I like how the sky blended. And it’s always fun to play with frisket and peel out stars with a toothpick. I see these little successes in each of my drawings. To me, each attempt at an illustration is a chance to win a little.

The wonderful thing is that most of these paintings were created at the dining table next to my little girl, so they remind me of what we were talking about while we were coloring and painting and what was going on that day. The pictures are colorful records of our time spent together. It’s been really nice.

So while I haven’t been perfect in making art a daily habit, I have, so far this month, made 9 new illustrations. They’re not perfect by any stretch. How could they be? I’m new at this! But when I look at the pictures, I don’t see mistakes, but lessons for the next attempt…and all the little successes.

Sometimes it’s hard for people around you to recognize your little successes, so it’s important to know how to find them for yourself. And that’s what you should be focused on. That’s the point of NaNoWriMo, finding success in imperfection.

You will have noticed by now in your life that you don’t have to worry about your failures. The well-meaning people in your life have got it covered. Most folks have a whole village on hand to tell them all the ways they’re screwing up. (Festivus is coming!)

I think that’s why so many people are afraid to share their hopes and dreams. The last thing anyone wants to hear is someone else telling them all the ways it won’t happen and that they should set “realistic expectations.” I tell you what, I’ve gotten dinged for using the F-word many times in my life, but I think telling someone to have realistic expectations is far worse. What does that even mean anyway? Are you supposed to limit your own potential to make other people feel comfortable that you’re being realistic?

The short answer is no.

Can you imagine if Ariel had realistic expectations?

I’ll talk more about finding and surrounding yourself with supportive people in coming days, but as we come down to the final lap in NaNoWriMo, I just wanted to tell everyone, you guys are doing great. Whether you’re at 30,000 words or 10,000 words or even 500 words, you’re winning. Keep on keeping on!