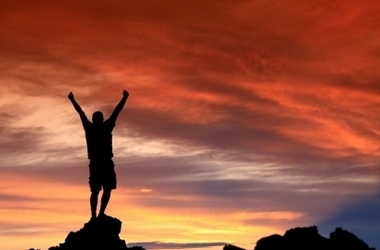 My niece Dahazee is 15 years old.  She is a writer.  She is already good now.  At the rate she is going, I think she’s going to become a great writer.  How do I know this?  Because this kid does her work.

Last year was the first time she participated in NaNoWriMo.  Not only did she complete the 50,000-word challenge, but she went on to complete the entire manuscript.  (It’s big.)  She was 14 at the time.  Just a couple of days ago, she completed this year’s NaNoWriMo and hopes to finish her second novel by the end of next month.

I am so proud of her.  I should also mention she’s a regular member of our local writer’s group and holds her own, thank you very much.  I think I can safely speak for the rest of the group members when I say that Dahazee is inspiring.  Naturally, I wanted to share the motivational goodness, and D was kind enough to grant me her very first interview.  (Thank you, Dahazee!)

So, without further ado, please to enjoy….

How long have you been writing?

Title, genre, length of the work?

How long did it take from beginning to end?

You wrote this novel during NaNoWriMo 2009.  Was this an idea you came up with for NaNoWriMo, or was this something you had already done some development on?  How long did it take for you to develop the idea to the point where you felt ready to write?

This was something I already had in my head.  The title popped into my head at two in the morning, and I went through a couple of plot ideas to fit it before deciding on the one it is today.

As for the developing, I’m not entirely sure on that one… Not long; I probably should have planned more, actually. I knew what I wanted to go on in the beginning and the end, but only a basic idea of what I wanted to happen in the middle, even when NaNo started.  No doubt that’s why the middle is so weak. *cringes*

What are your writing habits?  Do you write daily?  In your robe? Only while drinking orange juice?

I try to write something every day, usually while sitting in the recliner in the living room.

What is your experience as a writer?  Do you write short stories, vignettes, fan fic, what?  And how prolific are you?  Are you a dabbler, a part-time lover?  Or are you the guy that never calls in sick even though he’s got a billion hours of accumulated unused sick leave?

I started out with fanfics, mostly for video games.  Then I moved on to original fiction, mostly when “Pulse” came into being.  Almost all of my ideas are novel length; I have quite a few of them.  Unfortunately, most of them have stayed in my head and are still trying to make me start on them.  Like I said, I try to write something every day.  The day depends on how much I actually get done.  Lately, I’ve not been feeling very inspired to write much of anything, but I’ve had an idea recently that I’m hoping will help me get back into a groove.

What kind of career are you hoping to build as an author? What types of media do you want to work in?

A professional one, maybe?  I at least want to get a couple of books published at some point.  I just want to write fantasy and sci-fi, mostly, for young adults.

At what point in the novel did you feel the most discouraged, and why do you think that is?  What did you do to get yourself writing again?

When I had written most everything I knew I was going to write about, but still had loose ends to tie.  Plenty of them.  That was a low point.  I was ready to give up on the thing.  My friends helped me through it by saying they were looking forward to seeing the book on the shelves one day, that they believed I had it in me to finish it…corny things like that.  But it really helped.

What element of fiction writing do you find the most challenging?  Building characters, picking titles, writing dialogue, envisioning clear scenes, what have you?

Mostly fight scenes, which is annoying because most of my books are riddled with them.

Which element do you feel like you have the easiest time with, that feels natural and hardly work at all?

Character development, definitely.  Usually, the characters pop into my head, ready-made, before a plot even comes to mind.

What’s your next step with this project?  Give us a time line.

I expecting to finish the rewrite by next year ? I’m not sure how long it will take me — hopefully not quite as long as I’m expecting.  I’m cutting out a lot, and the middle of the book will definitely be stronger.

What’s your short-term goal with fiction?

Mostly just to write every day and get my novel ready for publication.

What’s your next long project? Another novel?

Yes.  I’m doing NaNo again this year, with a mafia novel which I have a much better clue about to start with than “Pulse.”  I also have a trilogy which I’m excited about working on, involving shinigami in modern-day Japan.

Any advice to the fellow writer struggling through their first novel?

Don’t give up!  You might go through a dry period, like I did, where you honestly feel there’s nothing to write anymore or you just don’t feel like it’s worth finishing.  It’s worth it.  Keep going.  Believe in yourself and in your novel.  YOU CAN DO IT.

* The underlining is mine.  This is why I think Dahazee will make it as far as she wants to go.  Have you written today?