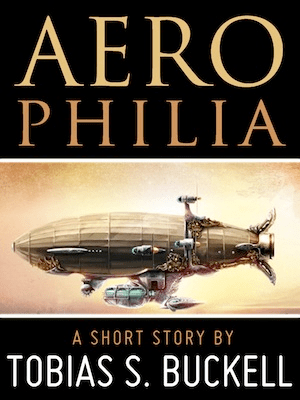 With daily headlines of outrageous fortune raining down on authors who have seized the reins of their careers and become their own publishers, it is no small wonder that unknown writers are crawling out of the woodwork by the thousands for a shot at driving the new, souped-up bandwagon.

But indie publishing isn’t just for authors who haven’t been able to publish through traditional means.  Well-known traditionally-published authors are hanging out at the indie playground too…and they come bearing cupcakes.

Last Monday, science-fiction writer Tobias S. Buckell released Aerophilia, the first of 18 “one-shot” short stories, via Amazon Kindle and Barnes & Noble’s Nook.  Each Monday, he plans to release a new short story, each of them priced at $.99.  (This week’s offering is “The Fish Merchant,” available on Kindle and Nook.) 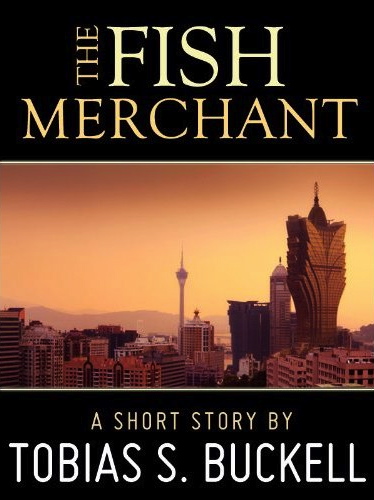 Buckell writes, “One of the ideas I’ve wanted to play with, but haven’t had the time to, was to see what happened if I ‘unbundled’ the short stories I had in my eBook Tides From The New Worlds and sold them directly via Amazon.com. I had 18 stories I could do that with. Will the iTunes music effect happen (people prefer buying singles), or is literature different (well, you don’t buy individual chapters of books, but maybe collections and anthologies online work more like music albums do?).”

I think this is an incredibly smart move on Buckell’s part.  I also think that in today’s publishing climate — hell, in today’s digitally-accessible world — he’d be missing an opportunity not to try it.  He’s got these short stories that have been previously published, and now the rights have reverted back to him.  The (old) typical thing to do would be to submit them to other markets as reprints, a process that usually takes months before the writer would receive any kind of income from them.  Even if Buckell were to able to place all the stories a second time, then his rights would be tied up again for however long the contract states.

Of course, taking this route now makes no business sense.  Buckell is a traditionally-published author with major award nominations under his belt, and he makes a full-time living writing.  He’s well known and respected in the industry, and he has a loyal fan base, both from readers of his books and his blog.

Buckell readily admits he doesn’t expect to make a fortune off of these things, but regular Starbucks money is better than having perfectly good stories sitting around the house.  Why should short stories only get a limited few shots at being offered to the public and then retired, their little story fingers crossed in the hopes of a “Best Of” collection when said author becomes über-famous?

Making them available in downloadable ebooks not only earns Buckell some change on short stories that might not otherwise continue to make income, but it also garners him more exposure as a writer.  It gives readers an opportunity to try him out as an author without a big investment of money or time.  And unlike stories published in fiction magazines and anthologies made of paper, there is no recycling bin waiting for them in the back alley of some bookstore once their turn is up on the newsstands or shelves.

And since there’s no expiration date on their time in the digital sun, these short stories can remain available indefinitely.  The longer they’re available online, the more reviews they can hopefully collect, and more readers will have a chance to discover them.  Faced with the seemingly endless bookshelf of choices, many readers will go with a story that’s been reviewed favorably by other readers.

It might be that Buckell won’t make a fortune off of these short stories, but I certainly hope he finds success with it.  Only time will tell.  I, for one, think it’s cool that he’s willing to put the work into this “experiment,” as he calls it, and share his results with his blog readers.  And that’s why I bought, read, and enjoyed “Aerophilia.”

It’s good to have a loyal fan base. 🙂