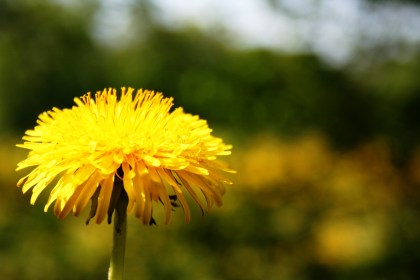 Please forgive the recent silences.  I have surrendered myself to an ambitious spring cleaning campaign in an effort to raise my household status from a Stage 3 Disaster Area to something more manageable, like a chronic and persistent state of emergency.  Our family is at the cusp of Major Change, and I’m realizing I had better get organized and fast or I’m going to be in a world of whine.

Next Monday, Fat Cat embarks on his own ambitious campaign to become All He Can Be at boot camp, and amid all the last-minute projects — he’s painting the house pink — it’s officially a girl’s house! — squee! — I’m finding myself contemplating thoughts I never before expended synapse energy on…like how do I turn the electricity/water/gas on and off; having to get our taxes done before April 14th (totally weird — a never-before-has-happened occurrence in our household); should I really consider trying to do the yard work with a toddler wrapped around my knees, et cetera.

(“Major Change…Ya Gotta Love It!” I’m getting this on a T-shirt.)

So with all that going on, I’ve also got a couple of deadlines looming with the writers’ group and a creative writing workshop I’ve signed up for.  Knowing that I’m only one-fifth into the next new short story and still behind on the novel, I thought I could do a little spring cleaning in my story files to see if I could find anything of worth.

Normally, I’m of the opinion that it’s a terrible thing to do to dredge up an old piece and submit it for workshopping.  Number One, it’s an unfair thing to do to yourself because you’re already past it and you miss out on a lot of excitement that comes with having a new piece experienced by others.  And Number Two, I think such pieces reek from the lack of excitement, and it’s a difficult thing to overlook as a workshopper.  No one cares about something you wrote five years ago.

Of course, there’s an exception.  (Yay for exceptions!)  The exception is if it’s a story that nobody has ever read before.  It’s like a virgin story that’s been kept in stasis.  It may smell of moth balls, but it’s still fresh.  That’s all fair game.

And for the first time in Ang History, I have three and a half never-before-seen stories that have been composting half-forgotten in my story files.  Two of them had fatal errors that needed working out — which I think I have the answers! — and one of them needs a spit and shine, but is otherwise a decent story.  And the unfinished story is…well, it needs to be finished.

It was fun to reread these stories.  It was like finding old pictures from when I was younger and skinnier. <g>  It’s also encouraging to read something you wrote as a different person (before motherhood, say) and find that you still enjoy it.

Anyway, it was worth getting down on my hands and knees and clicking on “Explore” and clicking open those dusty little files.  Definitely better than what I found in the back of the refrigerator.  Mmmmm….