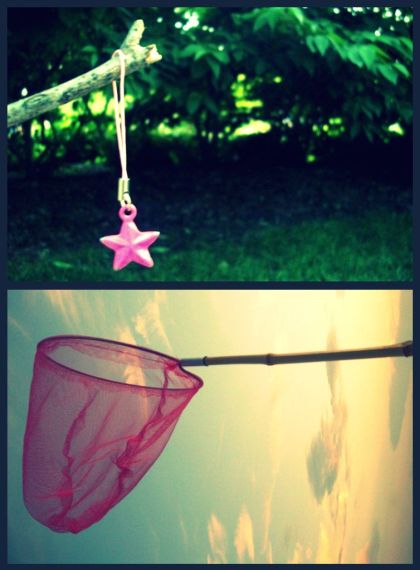 "Capture the Moment" by asheeolee - deviantART.com

Last Wednesday, Steven Pressfield posted an article to his blog titled “Write for a Star.” He takes the age-old rule of screenwriting, “Write for a star,” and discusses its applications in all creative endeavors.

To summarize and paraphrase — to get the full goodness, go read the post, then come back here <g> — Pressfield says that the star in any creative endeavor can be a person, a product, or a style;  and he makes a compelling argument for writers to know who or what the star is in their story, and then give the star the great lines, the great moments, the great lighting.

I read recently about a restaurant with a fab-delicious recipe that never sold well…that is, until they renamed the recipe “Bang Bang Chicken.”  They knew the recipe was a star.  It was great!  But it wasn’t until they gave it center stage and gave it a star name that people sat up and took notice.  Once they gave it a try, the buzz began.

Maybe we have to think of the process more in terms of marketing.  After all, you might have a big, hulking character named John who works as a professional assassin.  That’s cool, I suppose.  <shrug>  But call him Little John and have his favorite choice of weapon be his beefy hands, the same hands that tuck in his little daughter whom he has sole custody, and now we’re getting somewhere interesting.

What about ideas as stars?  The premise of one of my novellas is that a scientist has discovered how to repair and bring back the dead.  Not terribly original really.  But this particular scientist is using nanotechnology to pull it off.  And he’s doing it consistently and successfully.  How do you perfect a technology?  You experiment.  You have guinea pigs.

How best to showcase this idea?  How about shining the spotlight on the guinea pig, the guy who’s willing to jump off a bridge because he needs the money?  And what kind of person needs money badly enough they’re willing to commit suicide?

I’m not saying this is an especially great example.  I didn’t write the story with this notion of spotlighting the star.  But Pressfield’s article has got me deconstructing past stories I’ve written with this idea in mind:  Where’s the star here? It’s helped me figure out what works with stories I’m happy with and what didn’t work with stories that have fallen flat.  It’s a new approach for me, and I’m eager to apply it to future stories.

So how about you guys out there?  What do you think of this whole idea?  Who are your stars?  Are you making sure they receive top billing?  Are they getting the best lines, kid-glove treatment, bowls of all-blue M&Ms?

Lots of food for thought…which reminds me, I’m going to step over to the catering tables.  I hear they’re serving Bang Bang Chicken and Tiger Shrimp Cocktail today.