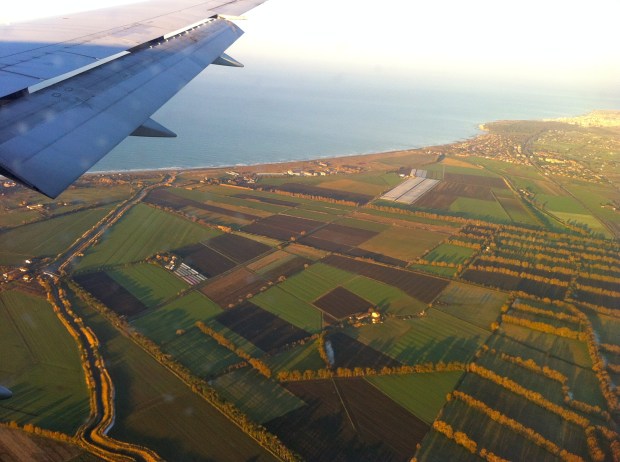 It’s all Neil Gaiman’s fault really. It was this thing he said on his blog a few years ago. He wrote: “I suspect that Venice is full of ghosts. Not of Venetians, but of all the visitors who came, and fell in love with the place, and promised themselves they’d be back, dead or alive.”

This lovely little sentiment lodged itself in my brain and started worming its way to the center. At first, it told me, “Hey, I’m a cool little short story. You oughta write me up, see how pretty I could be. It won’t take long.”

And it was pretty…that part was true. But it wasn’t a short story. It lied. As it turned out, it was actually a 90,000-word novel set mostly in Venice, Italy, a place I had visited once for an afternoon with my family when I was 12 years old.

So I guess Neil was right. Venice does call you back. 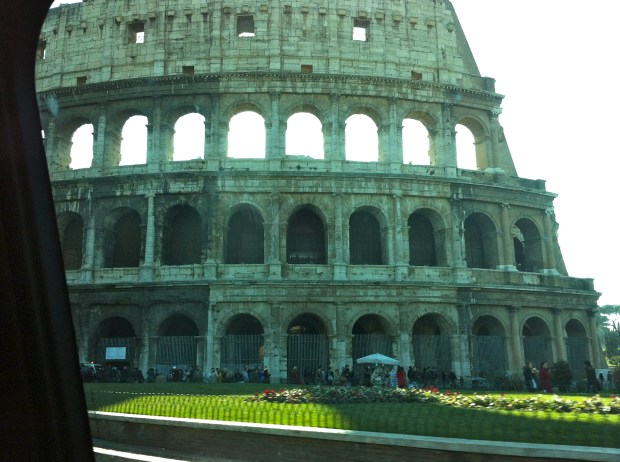 A view of the Colosseum from a speeding car.

But the problem with writing a book set in an exotic place like Venice is you can’t fake it. And surely, Venice is such an important character of the story. True, I had been there before, but it was so brief and so long ago, I only had a chance to fall in love with it, not get to know it.

Fat Cat pointed this out when I was writing the book. He didn’t feel I could do it justice not having spent time there. I disagreed…only because I didn’t think there was a way I was going to travel to Italy anytime soon. We had a business to run. We had a bills to pay, a child to take care of…just like everyone else. It just didn’t seem feasible. I thought I could recreate Venice through research and reading trip reports. What else could I do? Not write the book? 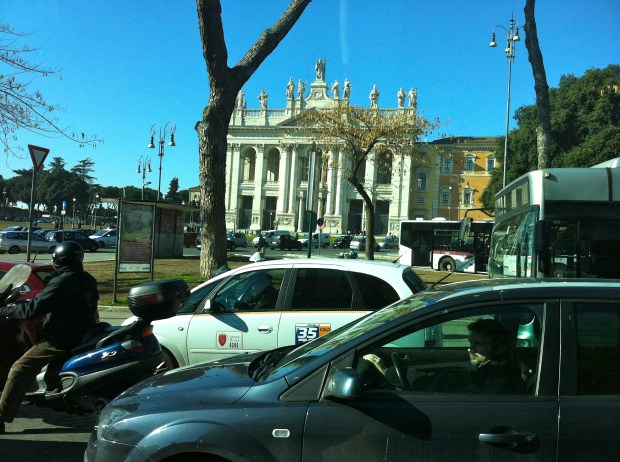 Not writing the book was not an option. So I wrote it as best I could, and I finished it. But I realized Fat Cat was right. I couldn’t do it justice without going there and experiencing it for myself.

I’m not really sure how it started, this idea that I could go to Venice this year. I think it was really just me wishing out loud. But people heard me and paid attention. My awesome, amazing Mom offered to watch my little one (oh, man! do I miss her…and thank you, thank you, thank you, Mom!); a friend offered his buddy passes from the airline he works at; I rediscovered a small account I had squirreled away ages ago (hiding money from yourself works!); and my brother offered to come with me. An epic trip in the making. We were going to Venice!

“Only…wouldn’t it be cool if we could see the Colosseum too?” my brother wondered. 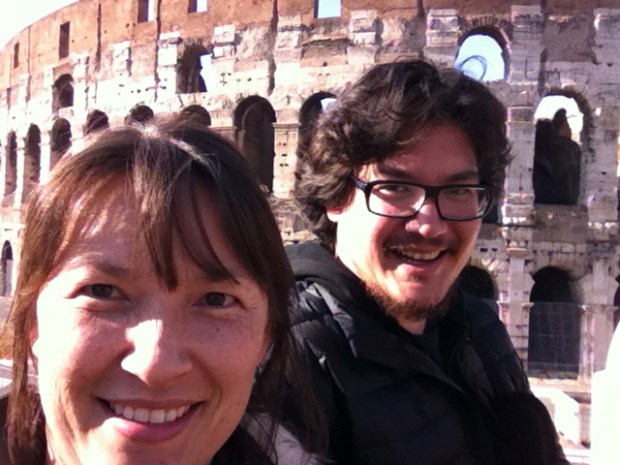 Me and my brother Jon at the Colosseum

4 thoughts on “THE LONG WAY TO VENICE”