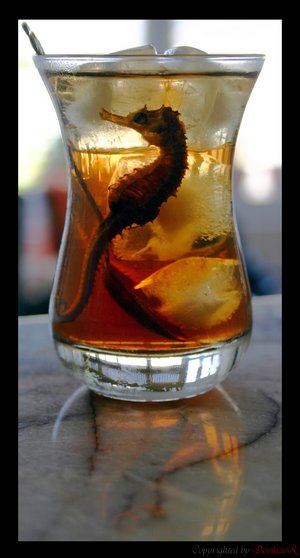 I have read at least two dozen books on writing in my life, and own quite a few I haven’t yet read.  So far, I have found three to be well worth their salt:  The War of Art:  Break Through the Blocks and Win Your Inner Creative Battles by Steven Pressfield (which I’ve read at least five times now — this is one I won’t lend out, but have purchased for friends and family); On Writing by Stephen King (which I’ve read at least three times and is currently on loan to my friend’s 13-year-old daughter, a budding author who cranks out word counts like a pro); and an old favorite, Zen in the Art of Writing:  Releasing the Creative Genius Within You by Ray Bradbury.

When I was in 11th grade, Ray Bradbury was a featured keynote speaker at a local university.  My English teacher, Mr. Brown, was kind enough to take me with him to hear Mr. Bradbury speak.  Mr. Bradbury was a big, imposing guy, with thick white hair, thick black glasses, and a booming voice.  Listening to him speak was like riding the People Mover at Disneyland through his life, watching him unfold his memories before our very eyes about dinosaurs, Ireland, catching the great white whale.  It was fascinating and exciting and exhilarating.  Mr. Brown even lent me money to purchase an audio tape of the event, which I still have to this day.

(Mr. Brown rocked as an English teacher…and it has become more apparent to me as I’ve gotten older just how awesome he really was in his understated way.)

I can listen to this tape and close my eyes and just lose myself in it.  The way Ray Bradbury speaks is the way Ray Bradbury writes and, I strongly suspect, lives his life.  There’s only one word to describe it:  love.  Everything he talks about, everything he writes about has come about from something he has fallen in love with.  Not a bad way to approach things in my humble opinion.

I was poking through one of our bookcases a few weeks ago, looking for “something good to read,” and I rediscovered my copy of Zen.  I bought Zen for my first creative writing class at a community college when I was 18.  It was inspiring then, especially fresh from the experience of having heard the same words come from the author’s lips.  But reading it again….

It’s amazing how certain things get better as you get older.  I read most of the book through a film of tears.  I’m convinced that if scientists could harness the fierceness of Ray Bradbury’s love and enthusiasm for life, wars would cease, the energy crisis would be over once and for all, and space travel would become an everyday affair in craft powered by memories.  The language, the love, the hot-damn metaphors, the oomph with which he wrote the essays in this book and his other amazing stories…how could I not be inspired?

Before I even finished reading it, I sat down and wrote a sweet little short story.  Just like that.  One sitting.  Not surprisingly, it was a story about the magic of memories and family and life.  I was pleasantly surprised.  It had been ages since I wrote a story like that.  And it started out with the simple idea of what makes sun tea taste so damn good.

When I was younger, this is how I wrote.  Catch an idea in a jar, pour it out on the page, stir it up with a pen, and see what kind of pictures came out.  As I’ve matured as a writer, my approach has become much more methodical.  There’s still enthusiastic leaping across the wilds of metaphors, catching ideas, bits of dialogue, winged what-ifs in my little specimen jar.  But once I get them home, my tendency is to remove it with tweezers, pin it to a board, and preserve it for future dissection.

Don’t get me wrong.  It’s not necessarily a bad approach.  It’s yielded a lot of strong stories for me.  But it’s definitely a more technical approach.  I like to know the shape of a story.  I like to outline it.  I like to make sure that I completely mine an idea for everything it’s worth before I even start the actual writing, often resulting in very long stories.  And although I enjoy the process, at times I end up making it become more work than it needs to be…especially when it comes to editing before I’ve even set Word One on the page.  Who knows what bits of goodness have been lost because I tossed something aside for fear that it wasn’t good enough, instead of pursuing it to the end to find out for certain.  Kind of akin to not trying a new food because you’re afraid you won’t like it.

Even though this is the way I write — and it works for me — every once in a while, a story finds me, uses me, escapes from me, and I’m running hot on its heels excited to find out where we’ll end up.  I love, love, love these stories.  They’re the most fun to write.  You look up surprised at the time, surprised that you’ve missed a meal (something I never do normally <g>), surprised that you’ve arrived safely home after a day trip to the Rings of Saturn.

But how do you get to see Saturn on a regular basis?  Easy.  Ask Ray Bradbury.  Work.  Relaxation.  Don’t think.

This is what Ray Bradbury writes:  “…[write] one short story a week, Fifty-two stories a year, for five years…Quantity gives experience.  From experience alone can quality come…Work then, hard work, prepares the way for the first stages of relaxation, when one begins to approach what Orwell might call Not Think! As in learning to typewrite, a day comes when the single letters a-s-d-f and j-k-l-; give way to a flow of words.”

This is obviously truncated, but the important parts are there.  And so I have decided to take Mr. Bradbury’s sage advice and write a story each week.  I still have my carefully constructed story projects I’m working on, but once a week, I have committed to sitting down with an idea and letting it take the reins and just go along for the ride.

Last week, I drowsed beneath a kitchen table in Kauai listening to folks share sun tea and magic.  This week I’m spying on a witch who has sewn a little stuffed animal for her precious baby, a little guardian, if you will.  And next week, I’m going to visit this guy who has this recurring problem of Jesus…well, I’ll tell you next week. <g>  I’ve got dozens more stories jostling for a good place in line.  I have to write a short story a week just to be fair to everyone.

Thank you, Mr. Brown, for driving me to see Ray Bradbury.

And thank you, Mr. Bradbury, for driving me to write, and for reminding me of why I do this strange thing.  For love.